The ITI Germany Prize 2023 is awarded to Flinn Works

Based on a selection decision made by the members of ITI Flinn Works the International Theatre Institute Prize of the German Centre 2023. 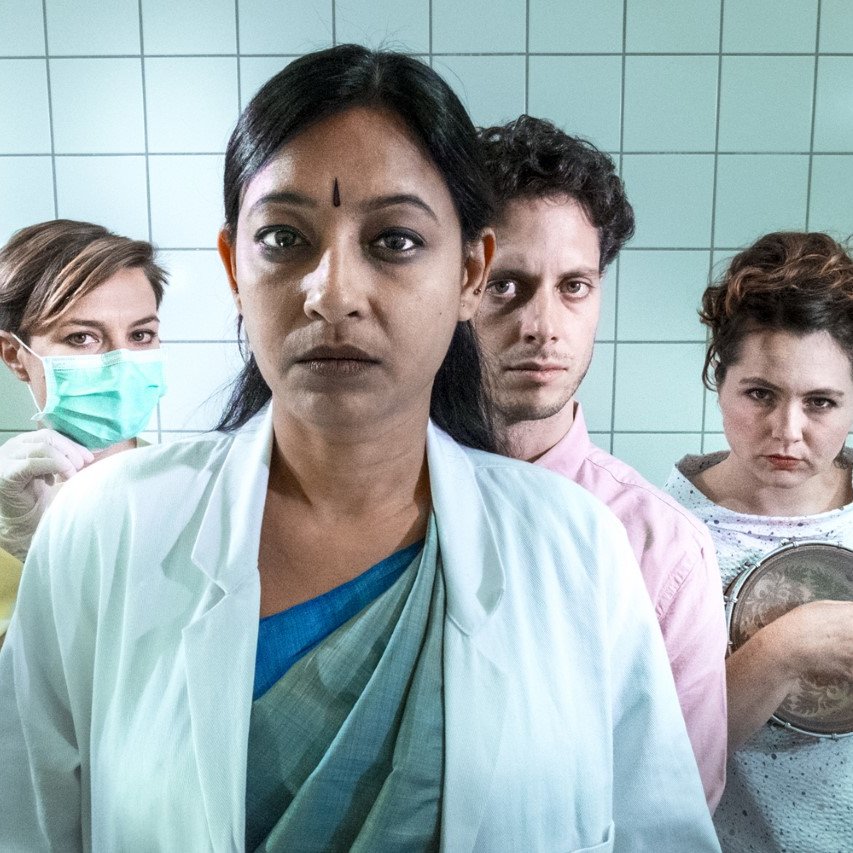 In 2023 Flinn Works receives the International Theatre Institute Prize of the German Centre. This selection decision was made by the members of the German Centre of ITI based on a list of suggestions from this year's jury, consisting of ITI executive board members Ihsan Othmann and Maria Rößler, as well as ITI members Helge-Björn Meyer (BFDK), Nina de la Chevallerie (boat people projekt e.V.) and Renate Klett .

Since 2009, Flinn Works has been producing documentary theatre in close collaboration with non-European partners, addressing the pressing issues of a globalised world. With in-depth research and the necessary awareness, they create plays at the interface of ethnology, music and documentary theatre that deal with questions of power and responsibility from multiple perspectives. Be it the examination of German colonial history (Marejesho Asili Mila Utamaduni Wetu, 2022; Maji Maji Flava and Skull X, 2016), access to resources (White Money, 2021; Fear & Fever 2019) or how transnational surrogacy is incorporated into a postcolonial economic system (Global Belly, 2017).

The jury statement as well as further information can be found here.

The award ceremony will be combined with an artistic production at the Festival Theater der Welt 2023, which will take place from 29 June to 16 July in the cities in Frankfurt and Offenbach.