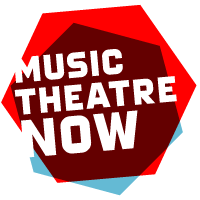 320 entries from 47 countries: These are the current figures for the Music Theatre Now (MTN) 2018 competition.
The competition was looking for large or small operas and music theatre productions, one-man/woman productions or productions for small and smallest venues as well as works for opera houses and festivals that have been realised and premiered since July 2015.

The worldwide Music Theatre NOW competition of the ITI Music Theatre NOW Network is held every three years in cooperation with the German ITI Centre and in recent years has often been a springboard for the international careers of artists* and projects.
Since 2008, more than 1,000 world premieres of new, contemporary operas and music theatre performances have taken part in the MTN competition.
During the PDF celebrations for the 70th anniversary of the ITI World Association on the island of Hainan (China) from 23 to 26 November 2018, the jury will hold the final session, the ten winners will be announced in early December 2018; they will be invited to the MTN meeting during the 14th  Operadagen Rotterdam in May 2019.
There, the prizewinners will have the unique opportunity to present their works to an international audience of experts - and the chance to receive invitations to guest performances.

The winners of the previous invitations and further information can be found on the project website.

Trailer with the presentation of the winners from 2015